90 minutes prior to curtain through intermission

Learn more About How to Sponsor a Show

Don Reed is a champion storyteller who has performed, written, and directed for film, television, and theater. Reed was the opening act/warm-up comedian for The Tonight Show with Jay Leno for more than 1,000 episodes and the warm-up comedian for Snoop Dogg’s game show The Joker’s Wild. A nominee and winner for the Theatre Bay Area Outstanding Solo Production, Reed is also a San Francisco Bay Area Theatre Critics Circle nominee and NAACP triple nominee for Best Actor and Best Playwright. Reed can be seen in the Amazon Prime series Bartlett and the movie Unleashed, plus his voice can be heard on Spiderman, Johnny Quest, Captain Planet, The Voice, Law & Order, SNL, and as the voice of the cat on 2 Broke Girls. A natural comic, Reed uses his whole body in narration and underlines the humor with emotional depth.

The Comedy Tonight series brings professional comedians to local audiences for fun-filled nights that will tickle your funny bone. From sketch performances, to improv, to stand-up, you’ll laugh the night away with these great acts. 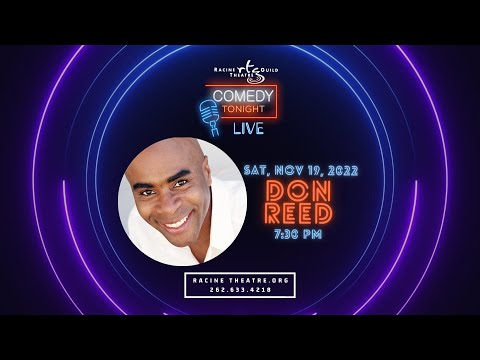 Theater Map
Our Ticketing Platform is Under Construction